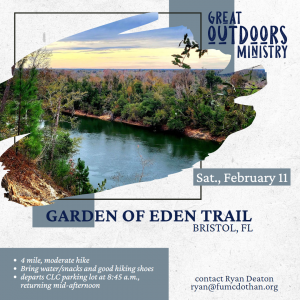 On Saturday, Feb. 11, our Great Outdoors group will head to Bristol, Florida, to hike the Garden of Eden Trail.  This four-mile hike is moderate.  Bring water, snacks and good hiking shoes. We will depart the CLC parking lot at 8:45 a.m. and return around mid-afternoon.  If you have questions, or would like to go, please contact Ryan Deaton at ryan@fumcdothan.org 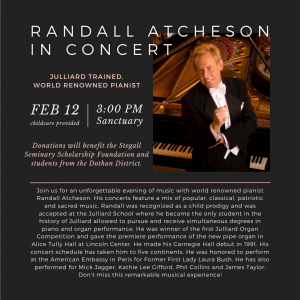 Join us for an unforgettable evening of music with world renowned pianist Randall Atcheson. His concerts feature a mix of popular, classical, patriotic and sacred music.  Randall was recognized as a child prodigy and was accepted at the Julliard School where he became the only student in the history of Julliard allowed to pursue and receive simultaneous degrees in piano and organ performance. He was winner of the first Julliard Organ Competition and gave the premiere performance of the new pipe organ in Alice Tully Hall at Lincoln Center. He made his Carnegie Hall debut in 1991.  His concert schedule has taken him to five continents. He was honored to perform at the American Embassy in Paris for Former First Lady Laura Bush. He has also performed for Mick Jagger, Kathie Lee Gifford, Phil Collins and James Taylor.  Don’t miss this remarkable musical experience! Donations will benefit the Stegall Seminary Scholarship Foundation and students from the Dothan District. 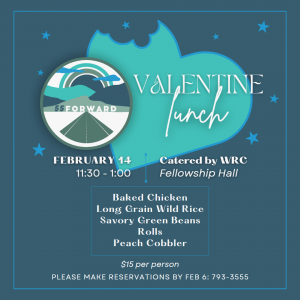 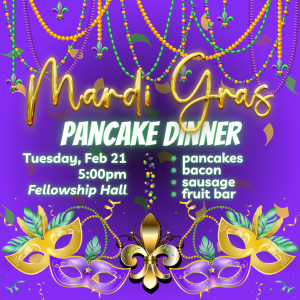 Shrove Tuesday (Fat Tuesday) Pancake Dinner – Tuesday, Feb. 21, 5 p.m. in the Fellowship Hall. Come fellowship with us as we observe this special day and celebrate with: Pancakes, bacon, and sausage, along with a fruit bar and beverage. 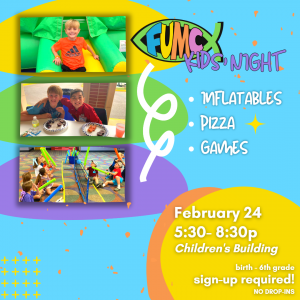 Sign up for FUMC Kids’ Night (a.k.a. Parent’s Night Out) Feb. 24, 5:30 – 8:30 p.m. in the Children’s Building. Children will enjoy fun inflatables, games, and pizza will be served. Registration is required to participate, and you can sign up, here! For information, please email Lee Anne Holland at leeanne@fumcdothan.org, or Tracy Pruitt at tracy@fumcdothan.org, or call 793-3555 ext. 232 or 218.